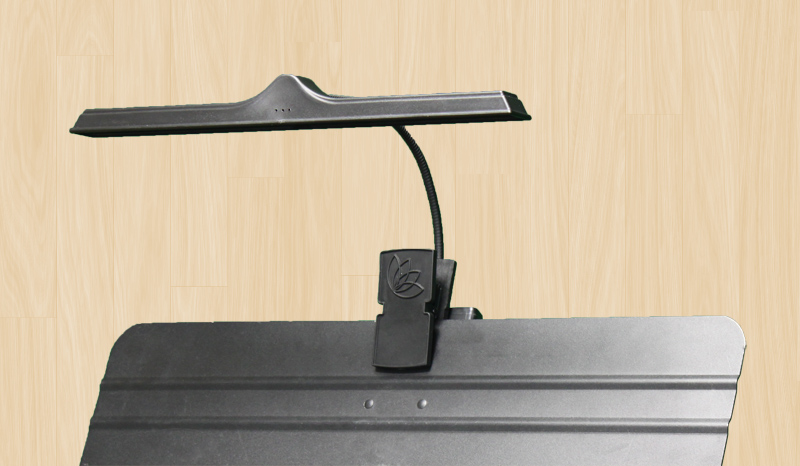 This improved light from Lotus Design is significantly brighter than its predecessors and includes an effective battery gauge which illuminates when the light is first turned on. A push button cycles between three levels of brightness, two which are similar in brightness (860 lux and 676 lux) and one which is quite dim (76 lux). As with previous models, it provides relatively even light coverage on the music from top to bottom and left to right, is transportable when twisted into the included zippered bag, and the protruding clip pushes music and folders forward on the stand. Unlike earlier models, this light retains the brightness to the end of the battery life, a nice feature. When the battery is empty, the entire light blinks on and off once a second, which certainly draws attention in the room. A separate PRO14-S model is available without the battery gauge for $20 less.